Our HUEBER stainless steel foundry produces wear parts such as refiner plates, refiner discs, replacement fillings for refiners specifically for the paper and MDF industry as well as compost works and other industry sectors. In the last 15 years we have constantly been building on our customer base both at home and abroad. We now supply customers in over 44 countries worldwide.

At the same time we have comprehensively renovated and continually modernised the company building, the administrative wing and the machine pool.

We are consistently orientated towards the new requirements and requests of our customers.

A highly motivated team of largely longstanding employees, an innovative company and decades of experience and presence in diverse industrial sectors has allowed us to become a successful and reliable supplier with integrity which is committed in principle to the highest quality – combined with the shortest possible lead times and fair prices for our customers. 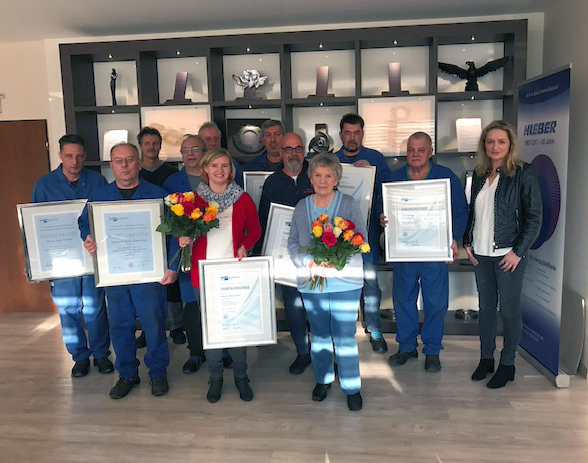 Our family owned company was founded in 1967 by Rudolf and Marianne Hueber. Then in 1987 the Edelstahlgießerei und Maschinenbau GmbH in Kulmbach was started up.

Following the tragic accidental death of the company founder Rudolf Hueber in 2004, Marianne Hueber initially took over the sole executive management and handed over to her daughter Claudia Hueber in 2007. She now leads the company in its second generation very much in the spirit and on the founding principles of her parents.

Important cornerstones of our family company are fundamental values of coexistence and work.

Resilience, gratitude, humility, empathy, lifeblood, commitment, energy, discipline, constant self-reflection and other positive values were passed on to us by the company founders and reflect the basic principles of our company philosophy.

The maxim “Live and let live”, the mutually respectful interaction with employees, customers as well as with suppliers is a particular focus which we gratefully acknowledge, implement in spirit and actively practice.

We look forward to counting you among our valued customers.
Thank you for placing your trust in us! 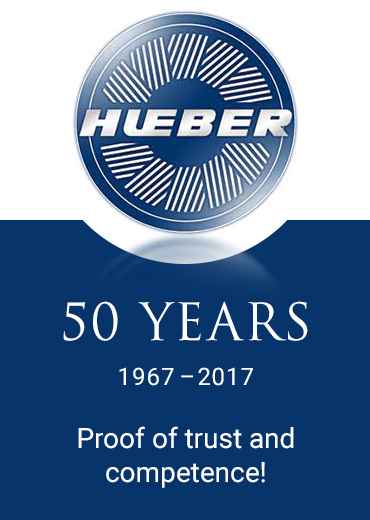 1967
The company HUEBER was founded by Rudolf HUEBER – the idea of developing the energy-saving HUEBER vertical agitator is realised.

1969
The first trial agitator goes into service. Further developments and production lines emerge which to some extent have proven themselves to this day. The level of recognition grows constantly at home and abroad.

The establishment of an in-house stainless steel foundry for the manufacture of refiner plates for almost all existing refiners in the paper and fibreboard producing industries.

2005
An extension of the foundry around the area of hand moulded casting is decided upon.

2006
At the start of 2006 the new hand moulded castings area with the necessary sand reclamation plant is taken into service.